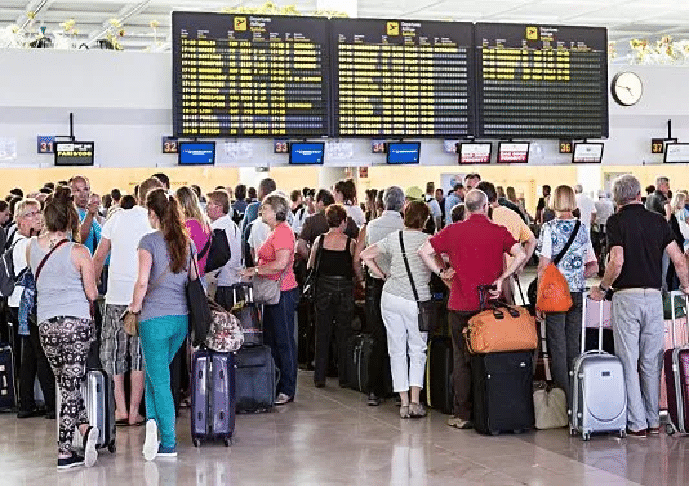 A travelling companion from the National Association for color blinds is stuck in Spain after they flew to Madrid this Wednesday against the government’s recommendation. All of the travelling companions were convinced that Spain was green. Now they must stay in Spain until the government changes the country from red to green. “There was an incredibly good atmosphere on the plane down, but now it looks rather black,” says the travel manager

Many angry color blind
There is great frustration among the colorblind. “Thenew system of colour doesn’t work for those of us who are colour blind,” says a woman who was colourblind after an accident in which she accidentally swallowed over 13 kilograms of ants last summer. “I don’t know what to do. This was supposed to be a nice trip to Spain, but now we’re standing here looking out over a blood-red sea and have no idea what to do.” she says

The Prime Minister replies
The government, on the other hand, responds that they don’t care about the colorblind. “The colorblind take a lot of energy from society, but give nothing back. That’s not how we’re supposed to have it.” Prime Minister Erna Solberg told eAvisa. She’s not colorblind and she’s happy about it. “Yes, being colorblind is the worst thing that is. I don’t treat my worst enemy, Siv Jensen, at all.” she exits