NEW RESEARCH: Quite possible for seniors to have sex even if one is over 40 years old

The vast majority of us stop sexing in our early 40s. Now renowned cohabitation expert Gøran Bratt Bakke stands out and states that it is quite possible to have sexual interaction with the same or opposite sex even if one is as old as 45 years(!)

Not just disgusting
“While it may seem a little disgusting, it is quite possible to practice sexual interaction”says the researcher. He believes that in the future there could be a huge increase among older people who fuck even after the age of 45. “Yes it may sound strange, but there is no impossibility”he says

Watch your
heart The scientist, however, comes with a clear warning; “When you are so up in the years as 40-50 years, it can be very risky to perform repeated sexual movements. It goes especially the heart that can often stop with the effect that one dies” he says. He recommends older people who should try sex again and be a little careful. “Yestake it easy with slow movements and came carefully”concludes the scientist who has received a number of awards for his groundbreaking research

So then it’s allowed to try some sexing, but for God’s sake be careful folks! 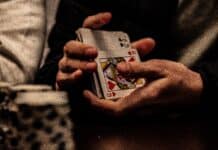