BREAKING NEWS: Trump calls for votes in his head to count in election 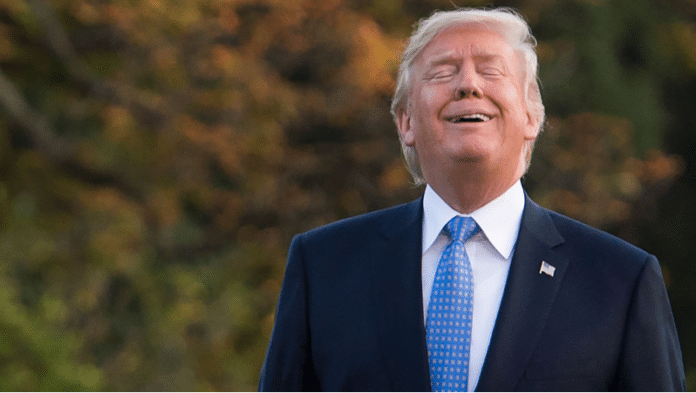 The U.S. election is not yet over. At least according to the incumbent president. After more or less all the media have now declared Joe Biden the next US president, Donald Trump has sued, been genuinely angry and filed further lawsuits to contest the final result. Among other things, Trump points out that the votes he has in his head are not counted and that several important tilt states can thus go in Trump’s favor

Significant number of votes
According to Trump, those votes to the degrees can make the president-elect become Trump and not Biden. “I have thousands of millions of votes up in my head so this means I’m the clear winner of this election. The voices are also amazing. it’s perhaps the best voices in the world” says Donald Trump from the golf course where he wins all the rounds even though he is inferior to all the ones he plays against

Going to stay seated
Moreover, Trump states that regardless of the election result, he will remain as president unless Russia says otherwise. “There is no doubt that ultimately it is Russia and Putin who decide who will be president here in the United States. Me and Putin are very close so I keep king-rich America until Putin says otherwise,” the president concludes

If Trump gets through that votes in his head will count in the election, he will be the first president to win with more votes than there are Americans